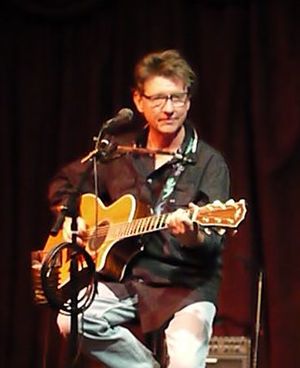 Ronnie Glover is a true South-Westerner, born above the stockyards on the Northside of Ft. Worth Texas and raised in a small rural community in south Tarrant County. He left his Texas roots in the early 1970’s and migrated to New Mexico, then Arizona, Northern California, Oregon and back to Arizona... all the while performing in bands and as a solo act

His early 2000 release “Nothing Ever Changes” found its way on to the Gavin Top 40 Americana Charts after being released on the Tempe, AZ based Hayden’s Ferry Records.

In addition to his varied solo and duo work Glover’s presence in his current Trio Rio ensemble enjoys a sizeable audience of professional listeners and music aficionados.

Trio Rio features the instrumentation and vocals of Valley greats Don Paddock on bass and Dr. Ron Rutowski on the fiddle. Along with Ronnie’s guitar work and unique interpretation of an Americana based story-song style, the Trio Rio sound is definitive.

It is not rare to catch other renown local, national & international touring musicians on-stage contributing to a Trio Rio performance.

Glover reflects,”The friendships I’ve made and the experiences shared along the way are without a doubt the favorite part of my musical career. I collect character’s. You should see them. It’s one hell of a collection.”